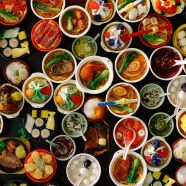 Posted by eponymous on October 13, 2019 in Uncategorized | Leave a comment

As I’ve used it before, the phenomenon of monetization of word of mouth refers to the practice whereby Facebook and other social media downgrade artistic media posts, forcing the artist to pay for advertisement in order get exposure for their work. The name “monetization of word of mouth” refers to the fact that Facebook literally prevents word of mouth so that it can monetize off of it. It’s a practice that many artists understand intimately, as they are constantly bombarded by Facebook ads that try to coerce ad placements for their work as well as ad bots that sell ad space to artists in an attempt to monetize. All while seeing their posts get no response from family and friends.

I’ve suggested before the snowball effect that this has, as music outlets are less and less likely to write about music that doesnt have any guaranteed word of mouth associated with it. This is probably why there’s been an editorial tightening at most major music outlets over the past few years, as outlets definitely don’t want to pay for outreach of their own articles on social media. Relatedy, it’s also why more and more artists need to pay for advertisement of their own premieres in big name outlets, as a write up itself is no guarantee of de facto publicity. It’s probably also partly responsible for the shift to “music news” journaliam, as Facebook is more hesitant to downgrade news-style posts.

But I was thinking this morning about how word of mouth functions not just as a way to advertise an artist. It also functions as a way of sharing music between people. A mix-tape is probably the most intimate example of this. When I give someone a mix-tape, I express something about myself and we share a connection over the music given. So the phenomenon of word of mouth has both an advertising and a social dimension.

Monetization of word of mouth seems at first glance like a direct substitute for distribution, where distribution that would have occurred via word of mouth is reduced and then substituted with a co-fungible replacement, which Facebook charges a price for. If Facebook exposes roughly the same number of people to the asset via advertisements, it’s an adequate substitute, no?

This is a little simplistic though, and there’s a lot of value that is lost via monetization. After all, Sally, who receives the ad doesnt get exposure through her close friend Steve. She gets the exposure only via a Facebook ad from the artist, which is explicitly listed as “paid for” by the artist. When the artist paid for the ad, it didn’t magnify Steve’s post about the artist – which is the thing that Facebook downgraded and replaced. Moreover Sally won’t see other people become interested in Steve’s post. At best she will see that some strangers liked an ad paid for by the artist.

Think too about how the monetization process converts the artist into a corporate-like entity wherein the ad has to list that the ad was paid for by the artist, for conflict of interest reasons. But of course the conflict of interest wouldn’t need to be disclosed if Facebook hadn’t initially interposed itself and demanded a fee in the first place! So Facebook’s sin of monetization doubly harms the artist, first by charging a fee and then marking them as someone who paid a fee. And now this is the dominant way in which people will get exposure to new music on Facebook.

Beyond that there are things that genuinely might have been spread significantly via word of mouth that aren’t spread through word of mouth anymore, because the artist doesn’t have enough money to pay for the comparative distribution via Facebook. Similarly there are things that are spread massively that wouldn’t have been spread at all, but for the fact that the artist paid handsomely for the distribution. There’s a sense in which communities have media put upon them in a way that doesn’t link up as a creation of their shared interests.

Anyway, I’ve had the creeping feeling that, especially with regards to independent music, the practice of listening has become a more lonely experience. I think I’m not the only person who feels this way.